ACS Boxing is a thriving program in Little Havana, Miami. The boxing classes are intense enough to give you a workout, yet technical enough to learn something every class. Talented instructors walk through making sure your form is correct while more advanced students can practice drills and sparring.

“Should I add boxing to my martial arts repertoire?”
Occasionally students wonder "Why learn how to box when I'm at a Martial Arts school?". The answer is very simple. Boxing is one of the most practical and effective striking systems and has withstood the test of time. It’s origins date back thousands of years to the Roman Coliseums and Olympics in Ancient Greece.

Boxing is an excellent base for striking arts. Some of the best Muay Thai Boxers have achieved greatness in boxing as well, most notably Somrak Kamsing a world class Thai boxer who won a Gold Medal in boxing at the 1996 Atlanta Games. The “Sweet Science” has subtleties that give the competitor a wider range of tools against his/her opponent.
1) Footwork:
Good footwork dictates the pace of the fight. The fighter can step in and out of danger, using angles to become an ever more elusive target while delivering devastating combinations.
2) Rhythm and timing:
Highly underutilized in MMA, they could mean all the difference in heated exchanges where it comes down to who connects first and last.
3) Head movement:
Many traditional martial arts will not teach proper head movement and shoulder rolling. A seasoned boxer can not only slip and roll out of a deadly knock out punch, he/she can “see” the punches way better and react accordingly.
4) Hand eye coordination:
They prove invaluable when zeroing in on a battered, vulnerable opponent. 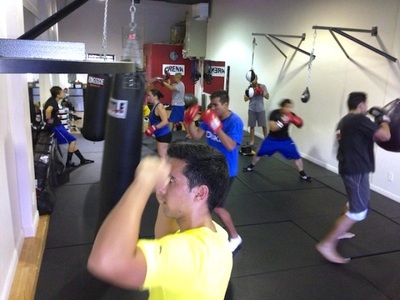